In 1830 Carolus Strubbe left his hometown Tielt and moved to Ichtegem. During the summer you would find him on the field, in winter he worked on the malt floor with his stirring barrel. Today, seven generations later, the Strubbe family is still owner of the brewery. 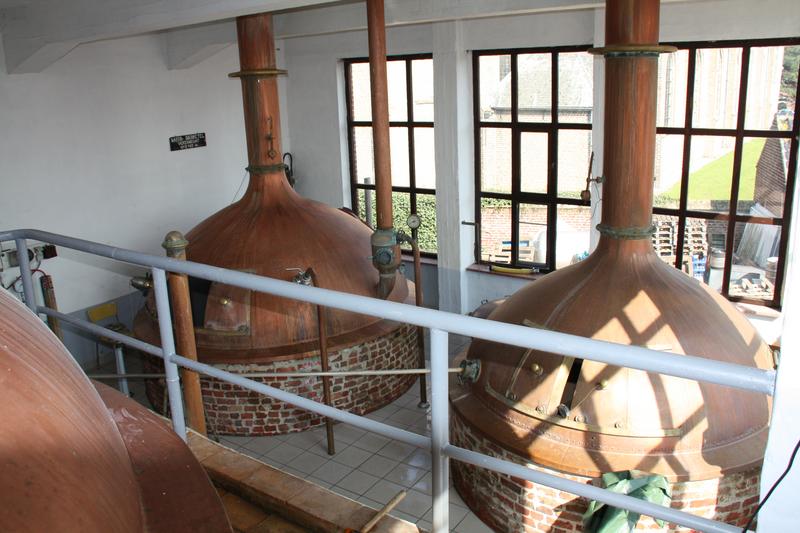 ‘Brewing beer is a craft that has been passed on from generation to generation, in our family and many others.’ Marc Strubbe says. ‘It is important to give the authentic beers, brewed by these families, the recognition they deserve. The label of Belgian Family Brewers gives the consumer certainty about the origin of the beer they are drinking. We are honored to be the newest member of the association.’

Today specialty beer is being brewed all over the world , but many of the beer styles find their origin in the Belgian family owned breweries. Oud Bruin for instance or Saison. These beers may be very popular these days, but they are the result of a carefully preserved tradition, which in some cases nearly got lost along the way. This knowledge, together with the craftsmanship that has been passed on from one generation to the next, is the foundation of our unique Belgian beer culture.

The beers from Strubbe

You will find the label of Belgian Family Brewers on four beers brewed by Strubbe.  The famous Keyte beers were originally brewed to celebrate the battle of Ostend. Both variaties, Keyte Oostendse Tripel and Keyte Dobbel Tripel, will carry the logo. So will Ichtegem’s Oud Bruin, a red-brown high fermentation beer originating from Western Flanders. And of course also Ichtegem’s Grand Cru is a BFB beer from now on. This beer was launched in 2006 for the 175th anniversary of the brewery and ages on oak barrels during 18 months.

To obtain the Belgian Family Brewers logo, a beer has to be brewed in Belgium by an independent family owned brewery that has been brewing beer for over fifty years. With Strubbe as its newest member, the association now counts twenty members. Brewery Bosteels and Palm Belgian Craft Brewers no longer meet the criteria and left the organization in 2016.